There are training awards for scout leaders which are available for them to earn. You should be working within your unit, no matter your job, to ensure that every leader is aware of how to earn these awards, that the forms are submitted to the District volunteers, and that the awards come back from Council in a timely fashion. There's paperwork and signatures involved. These usually take a few months to turn-around, so plan accordingly.
​

Other ideas  for Recognizing Our Hard Working Volunteers

Scouting is filled with some great traditions. One of those traditions is to hand-craft an award and present it to a leader you feel is worthy. You might admire them for their day to day contribution. Perhaps they have completed some large and important task or accomplishment. Maybe you feel they are of outstanding character. Or perhaps you just want to give them a souvenir of something that happened at a scout event which was memorable. These are all great reasons to hand-craft an award.

There are no requirements on hand-crafted souvenirs. You can make all you and and give them out to anyone you want. There is no paperwork to fill out, and the leader gets a cool trophy for their shelf.

You don't need to be a master craftsman or artist to make great home-made awards for your favorite scout leaders. All it takes is time and a desire to make someone else happy. 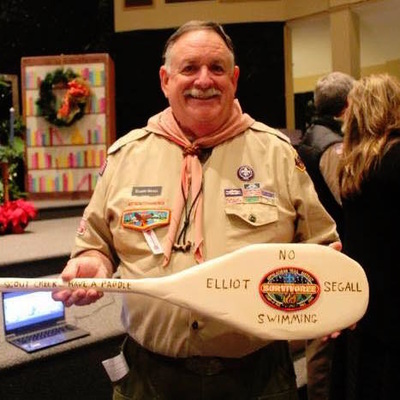 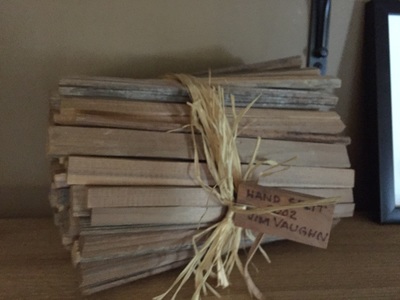 Give a special patch 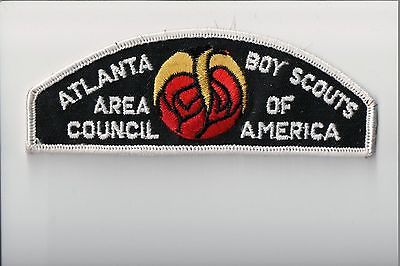 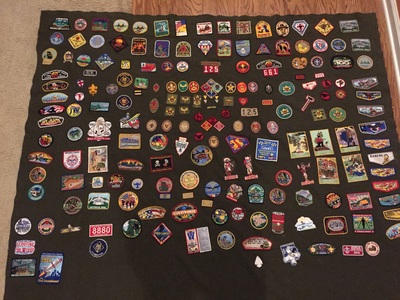 Scout leaders often end up collecting souvenir patches from the events that they work. Have a special patch made for the staff who work your events you manage. Or, you can seek out and find rare or old style patches from yesterday for scout volunteers to enjoy and add to their collection. They will remember that they received the patch from you and tell others why you gave it to them. Patches are memories.

Nominate A Leader for the District Award of Merit

A complete list of all Scouter award knots is available here. Our district has many volunteers who were cub scouts and earned the Arrow of light, their religious emblem, the Eagle Scout Award, lifesaving awards, and other awards.